At the start of Election day, statistician, editor-in-chief of ESPN’s FiveThirtyEight, and data guru Nate Silver had the probability of Hillary Clinton winning the presidency at 71.4%.

We all know how that ended.

As it became apparent Donald Trump was going to be the 45th president of the United States, the Dow Futures, a somewhat reliable indicator of how the stock market will open up the next morning, was down about 800 points. The market ended up increasing about 250 points the next day. It’s up another 250 at the time of this writing.

The year was full of surprises.

Bookies had the chances of Great Britain staying in Europe at 94%. The Golden State Warriors won the most regular season games in NBA history and were up 3-1 in a best of 7 series against the Cleveland Cavaliers. They lost. The Cubs won the World Series.

Like many others, I was fooled on November 8th. Two days later, as I reflect on how and why Trump won the election, there is one line that keeps popping up in my head — “You know nothing Jon Snow.”

I am not alone. Neither do you. And neither do the so-called “experts.”

In The Game of Thrones, a wildling girl named Ygritte had to school a virgin, bastard child and warrior about how little he knows about the real world. This holds true in the financial markets. However, you wouldn’t know it by turning on CNBC or reading Yahoo Finance. Just as with the election, pundits appear to know exactly what is going to happen.

As a Clinton loss became more obvious and the markets declined, the narrative centered around Trump’s temperament, his ability to work with other countries, and opposition against free trade.

“Sell everything and move to Canada” was the headline.

The next day, the storyline shifted. Bank stocks were up over 5% as investors expected the financial markets to be less regulated. Pharmaceutical stocks also followed as threats of regulated drug prices dissipated. Caterpillar (NYSE: CAT) stock jumped over 7% in anticipation of an infrastructure spending binge during a Trump regime. Lockheed Martin (NYSE: LMT) was up nearly 6% as experts are forecasting a larger defense budget.

In half a day, the same experts telling you to head North became bullish on banks, pharmaceutical, infrastructure, and defense stocks. And if you listen to the analysts and read the articles, the reasoning is sound. They sound smart. However, investors should heed Ygritte’s words. The world is a complex place and investors should not assume that the markets will play out as planned.

When Barack Obama was elected president in 2008, many Wall Street pundits believed solar and alternative energy stocks would thrive while the overall markets would suffer. It sounded smart at the time. Obama was seen as being a strong proponent of climate change while also being anti-big business. Then this happened:

The orange line shows the performance of the S&P 500 since election day of 2008 while the blue line is the VanEck Solar Energy ETF.

Again, “You know nothing Jon Snow.”

I can think of many more predictions in the financial markets that went awry. Although it seems obvious in hindsight, very few people predicted the dot-com crash or housing crisis.  Furthermore, who would have guessed that interest rates would be at levels near zero with minimal inflation for the past eight years? Many predicted the dollar would crash, our massive debt levels would cripple the economy, and Greece would lead to the downfall of the Euro.

None of these events occurred.

So what should investors do during these volatile times?

I can understand the desire to just sit this one out but don’t. My generation has lived through two of the most devastating financial crashes in U.S. history. However, we recovered from both. We also recovered from two world wars, 50% tax rates, an oil crisis, 14% inflation, six recessions, a depression, the 60’s, Black Monday, the Gulf War, and 9/11 and its aftermath. Not only did we recover, we prospered.

If you are in your 30’s or 40’s, you likely have another 30 years or so of earning and saving in front of you. Nobody knows what the next four to eight years are going to be like. Many will pretend to know that they do but they don’t. Nobel Peace Prize winners haven’t figured out how to predict the future. You won’t either.

You don’t have control over the Fed or interest rates. You can’t change your soon-to-be leader. The votes have already been counted. However, you can control your goals and values. If you have these two things in place, you are ahead of the game. If not, spending a few hours with your loved ones, discussing your goals and values, can help create an important and healthy discipline when dealing with money. You can then control your spending and savings to help you achieve those goals that are centered around your values. To me, this is far more important than what happens in the stock market over the next day, weeks, months, or years.

As far as all the other noise goes…we know nothing. 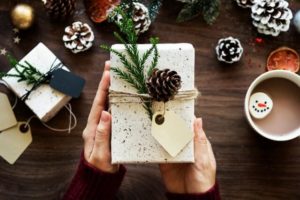 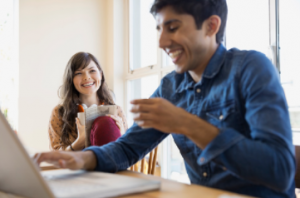 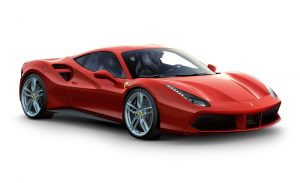 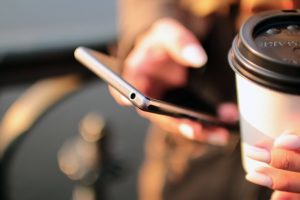 Enjoy Your Coffee and Cigarettes